Outcome of Supreme Court Judgment on this issue

The Kerala High Court judgment under question was a judgment of Ernakulam Bench of CAT filed by Mr.M.O.Inasu and Mr.K.Ramachandran Unnithan made on re-hearing as directed by the Kerala High Court that ordered to implement the  6th CPC recommendation of reducing the required 33 years of service into 20 years’  for grant of full qualifying pension of 50% of LPD or 10 months average whichever is greater to Pre-2006 Pensioners.

The crux of the judgment of Ernakulam Bench of CAT upheld by Kerala High Court as well as by the Apex Court is as follows:

Both M.O.Inasu and K.Ramachandran Unnithan are Pre-2006 Pensioners. They were Ex-Servicemen and thereafter Deputy Superintendent in Excise Department before retirement. Their combined services were less than 33 years of service and therefore they were granted only pro-rata pension and not full pension @ 50% of 10 months average pay.
Both claimed for full pension @ 50% of their last pay drawn as recommended by the 6th CPC for employees with 20 years of qualifying service instead of 33 years.
Tribunal initially considering as to whether the Pre-2006 Pensioners are eligible for 50% of the minimum pay in the relevant Pay Band plus GP even if they do not have put in 33 years of qualifying service came to the conclusion that they are not entitled to and dismissed the OAs as above.
The Pre-2006 Pensioners appealed in Kerala High Court against the order of the CAT Ernakulam.
Kerala High Court had set aside the order of the CAT Ernakulam Bench vide O.P.(CAT) Nos.898/2013 and 1409/2013 vide judgement dated 04.06.2013 and directed the CAT to re-hear the applications and consider entries at Sl. Nos. 2 and 12 of the Resolution No. 38/37/08-P&PW(A) dated 29.08.2008 of the Ministry of Finance.
The Ernakulam Bench of CAT based on the observation made by the High Court thereafter had pointed out the para 4.2 of the OM dated 01.09.2008, that there is no  stipulation of any minimum period of service for eligibility of  pension @ 50% of the minimum of the pay in the Pay Band  plus Grade Pay of the post from which the pensioner had  retired. According to para 4.2, it is made clear that the pension should in no case shall be lower than 50% of the  minimum of the pay in the Pay Band plus Grade Pay  corresponding to the pre-revised pay scale from which the pensioner had retired. Therefore, denial of 50% f the pay  as basic pension is illegal and arbitrary.
The Ernakulam Bench also pointed out the order of the Principal Bench of CAT Delhi that quashed the OM dated 03-10-2008 and 14-10-2008 and therefore the above two OMs are no more valid and no more in force. Therefore the decision of the CAT Delhi Principal Bench is also applicable to the applicants.www.ednnet.in
The Bench also referred to the Principal Bench judgment and ruled that the benefit of 50% of minimum of pay in the pay band plus relevant Grade Pay shall be paid to the Petitioners even though they did not render 33 years of qualifying service.
The judicial verdict is another blow to the Government’s mis-interpretation on the following two counts:

The minimum of Pay Band plus relevant GP instead of minimum of the pay in the Pay Band plus relevant Grade Pay of the Pre-2006 pensioners;
20 years Qualifying service instead of 33 years of qualifying service is applicable only for post-2006 retirees and not for Pre-2006 Pensioners.
In the background of this historic judgment all are requested to find out about such Pre-2006 pensioners who are denied full pension for not putting in 33 years service and make them represent for grant of full pension @ 50% of the minimum of pay in Pay Band plus Grade pay for the particular cadre in which they retired before 2006.

THANKS TO COMRADE. J.R , CIRCLE SECRETARY 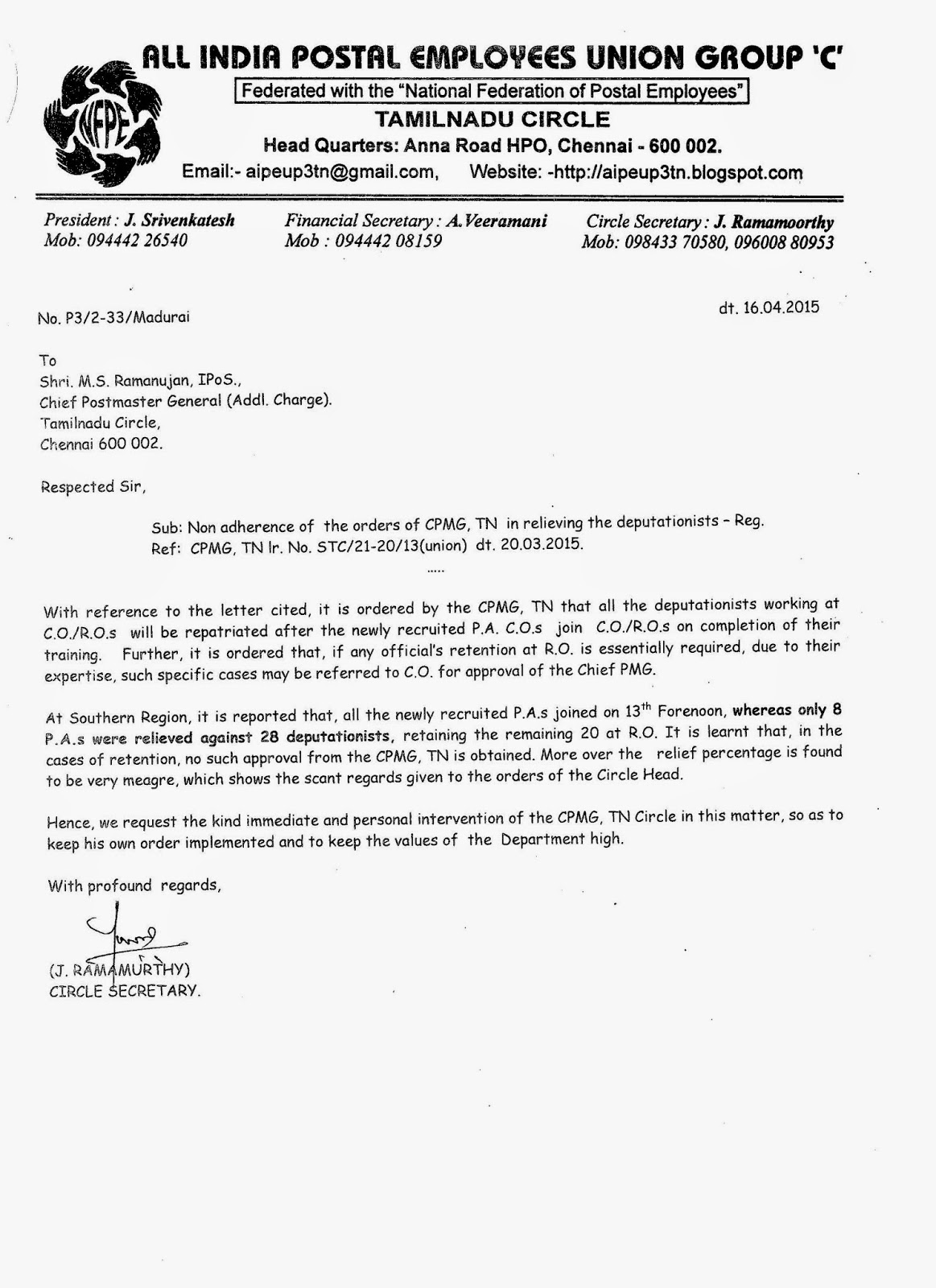 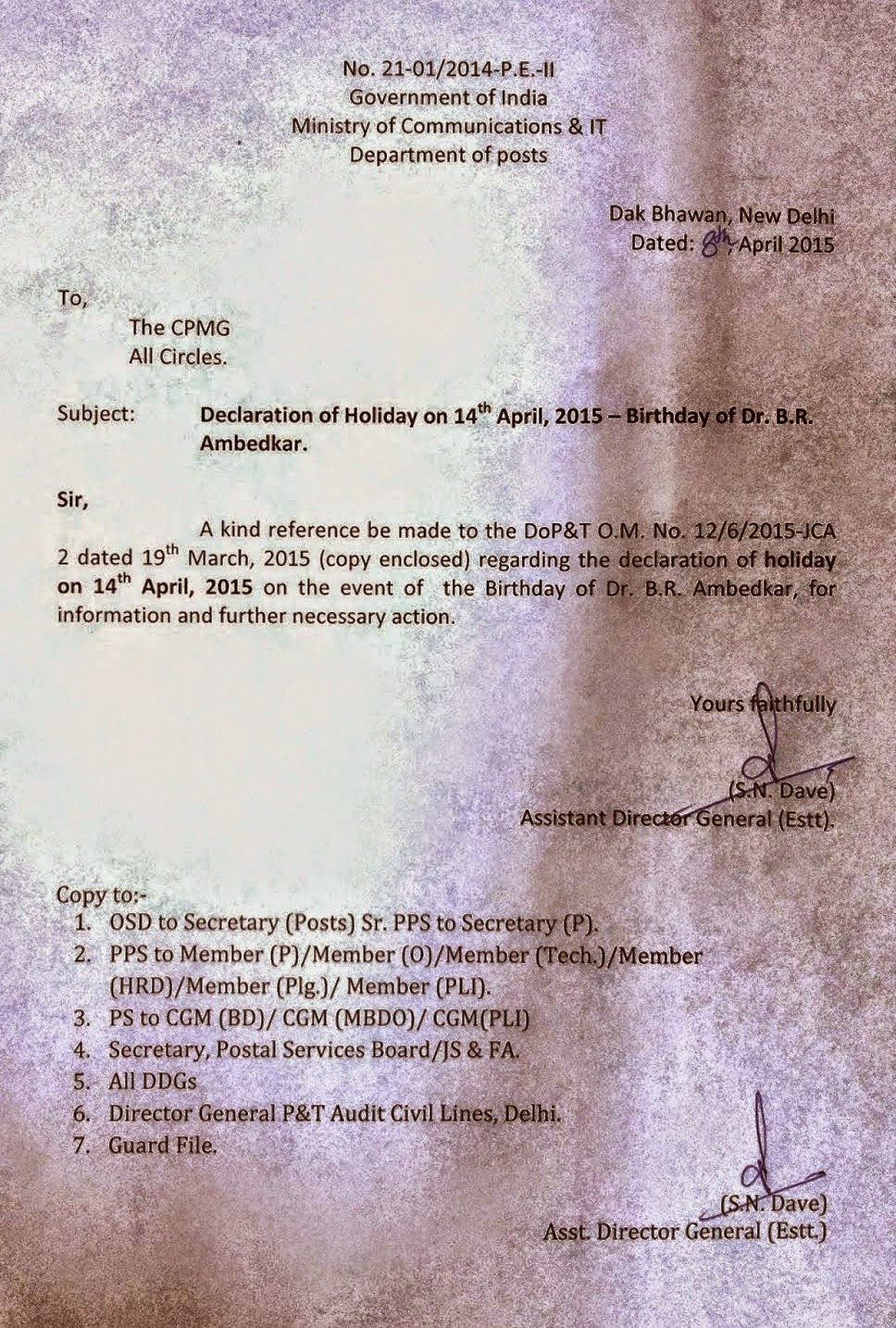 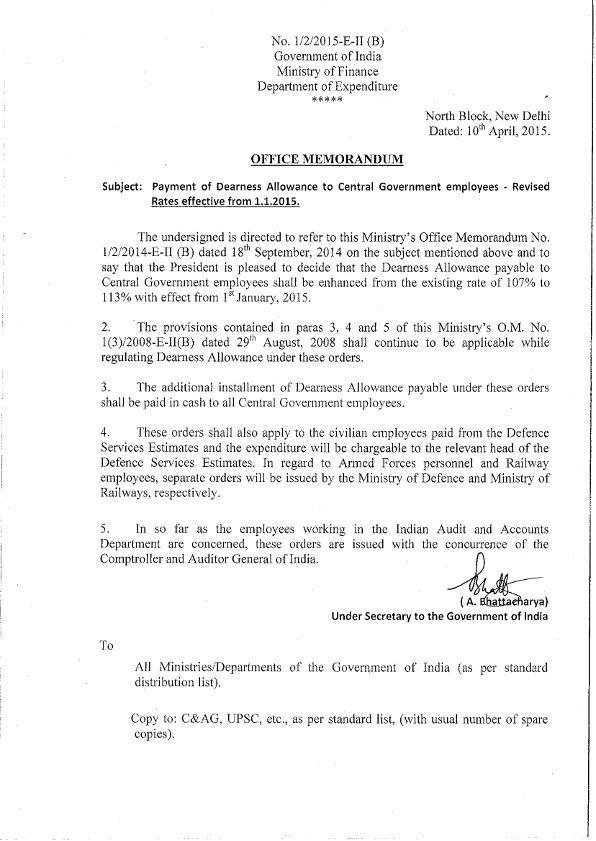 RETIREMENT FUNCTION PHOTOS OF COM.M.SUNDARAMOORTHY , DSM DO , HELD AT TALLAKULAM DO ON 31.3.15. 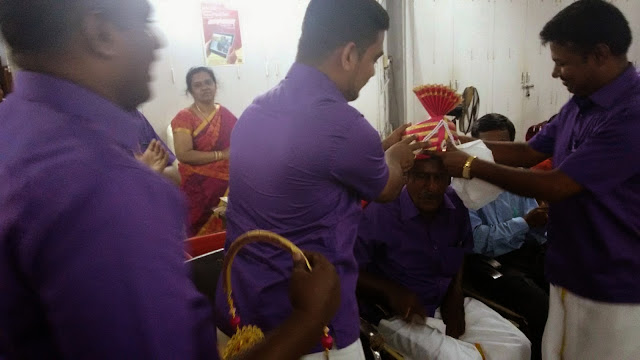 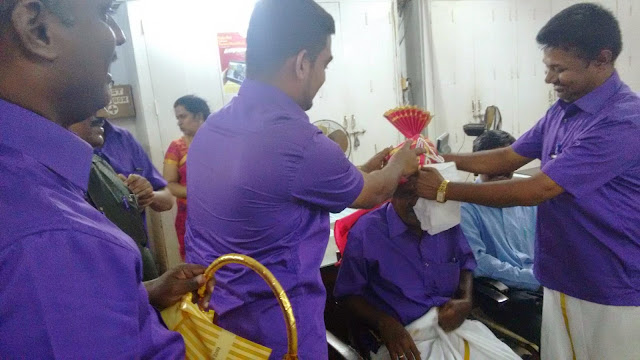 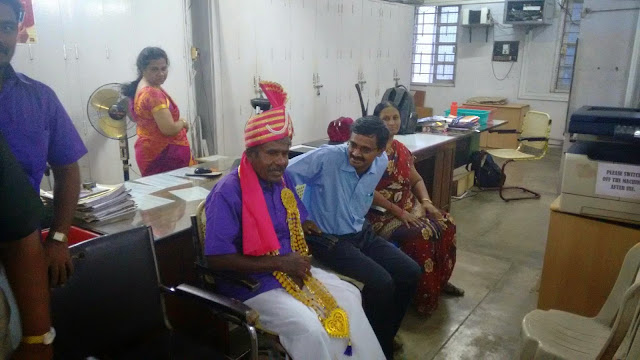 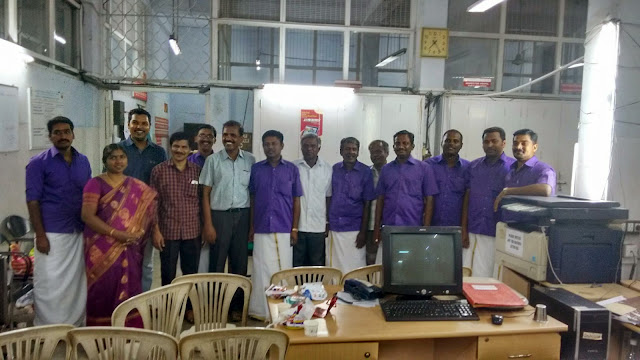